Why you don't want to hire a Data Scientist

In 2012 The Harvard Business Review declared the role of a 'Data Scientist' as the sexiest job in the 21st century. So, it should come as no surprise that ever since, there has been a proliferation of people clambering to rebrand themselves as a Data Scientist and no shortage of organisations wanting to know how many Data Scientists they have in their business.

As a starting point, let’s explore what a Data Scientist actually is. According to that original Harvard Business Review article “A Data Scientist is someone who creates programming code, and combines it with statistical knowledge to create insights on business data”. Which sounds straight-forward enough, but it’s exactly that combination of skill-sets – computer science, statistics, and business domain expertise - that has led many in the industry to draw an analogy between the 'mythical' Data Scientist and the equally hard to find unicorn (as illustrated by the 'Data Scientist Venn Diagram' below). 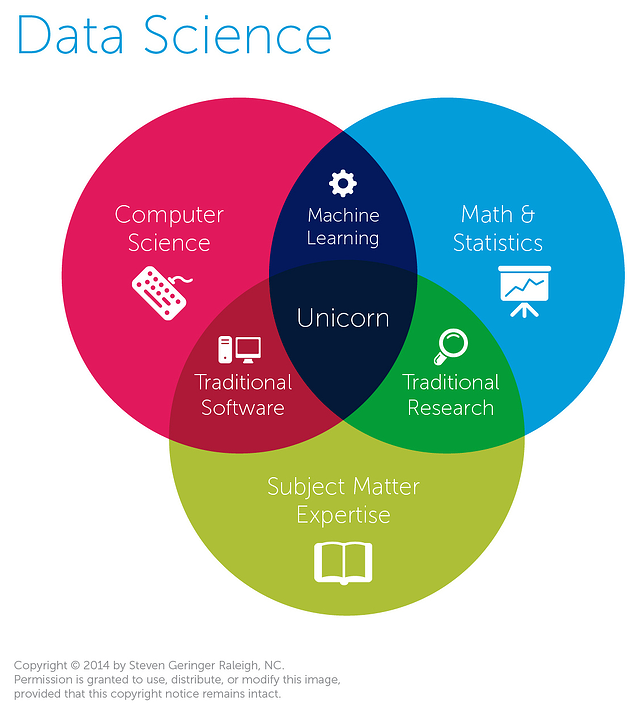 Considering it is so hard to find individuals with this unique combination of skills, should your organisation even be contemplating going out to market to try to employ your own Data Scientists?  I think not. But that’s not because Qrious has a large team of talented Data Scientists that we’d like you to be using instead. Rather, it’s because what you should be investing in is a Data Science Team.

'Well, isn’t a Data Science Team just a collection of Data Scientists?' I hear you say. Actually – no, it’s not. While I have been lucky enough to locate one or two unicorns whilst building the Qrious Data Science Team, what I have learnt along the way is that there is a much easier, and more effective approach to developing data science capability. Rather than looking for individuals that possess that mythical combination of much sought after skills, it is far better to employ two or three people that share the necessary skills between them and can work together as a Data Science Team. The advantage of a Data Science Team over an individual Data Scientist is that the team will bring more brain power and different perspectives to the problem that you’re trying to solve, and therefore the outcome is likely to be a much more robust solution.

A recent customer engagement reminded me of the level of success a data science team can achieve when given the opportunity to work together and bring their combined talents to bear on the business problem at hand. The problem we were asked to help with was to develop a model that could determine market share in a much more timely and accurate manner than the customer panel based methodology currently in use. Our Data Science Team - which consisted of a Data Engineer, Statistician and Business Subject Matter Expert (SME) - collectively came up with an innovative solution that used readily available data to meet all of those objectives, much to the joy of our customer. The algorithm behind that solution may not have been overly complex, but it worked! And it certainly demonstrated the significant business impact that a high performing Data Science Team can deliver back to an organisation.

So the next time you’re asked 'how many Data Scientists do we need in the organisation?', I’d suggest you re-frame the question to 'how big does our organisation’s Data Science Team need to be?'